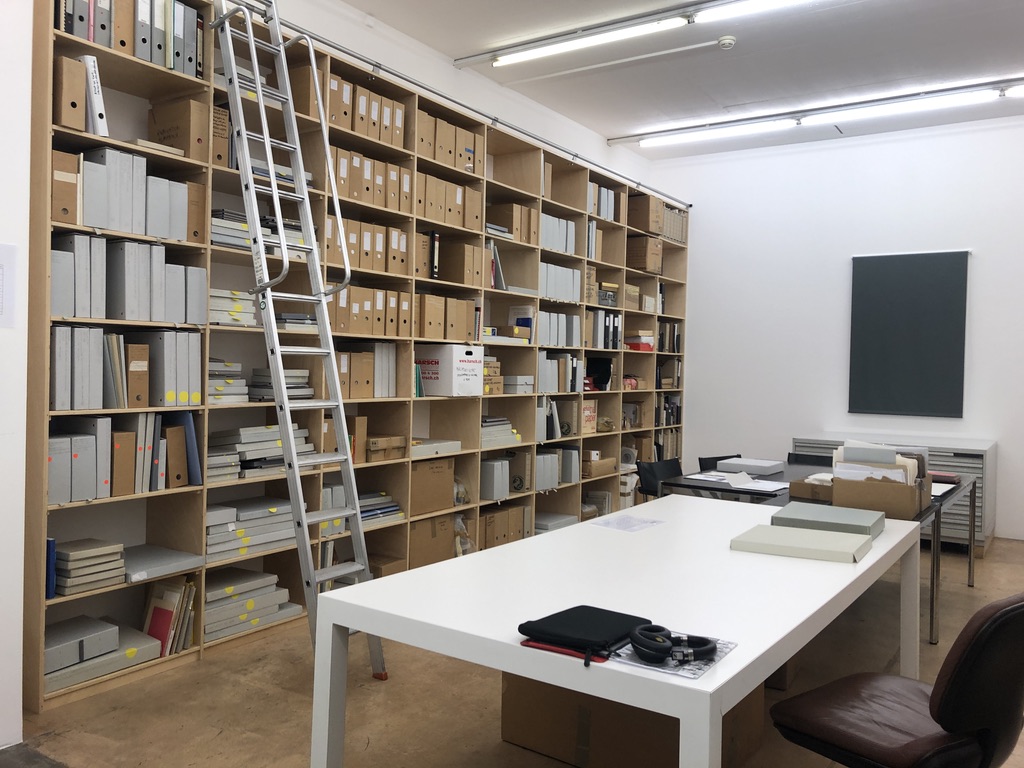 Because Fluxus intentionally defied the traditional categories of art and artmaking, its artistic outputs are as diverse as its practice, encompassing various kinds of printed matter, from artists’ books, through scores and newsletters, to flyers and posters, time-based actions such as events, performances, film screenings and concerts as well as unique and reproducible art objects. Often of short-duration, process-based, transient and participatory, Fluxus art rejects a self-contained, stable, or finished material form, leaving behind only a vast amount of documentation. Deliberately operating outside of the official, institutional circuit, Fluxus artists of the 1960s and 70s were not interested in creating art that can be displayed, collected and preserved in line with museum conventions. Yet, as in the case of many other art phenomena that have initially or programmatically rejected institutionalisation, Fluxus eventually did make its way into museums.

And that is where the challenge begins: how to fit something that intrinsically rejects categorisation into an institutional structure that relies on rigid cataloguing classifications, be they archival, managerial or curatorial. Fluxus has found a variety of ways to be collected and institutionalised. Internationally, its art is hosted by art archives as documentation, has entered libraries as artists’ books and printed matter, and has been incorporated into museum collections as art objects. Interestingly, this dissection of Fluxus art into several different ‘realms’ of instituting memory can even take place within a single institutional entity. For instance, at MoMA, the Silverman Fluxus Collection is split into three parts: works of art in the Department of Drawings and Prints, documentation in the Museum Archives, and publications in the Library. Too often, these remnants – dispersed, disconnected, and dissociated – fail to fully represent Fluxus art as it was initially conceived and performed, existing instead as disparate fragments telling incomplete stories.

How can we perpetuate artworks that fit neatly neither into the established art categories nor into the apparatus for collecting and preserving cultural production? This is one of the concerns of “Activating Fluxus”, a research project that examines the lives and afterlives of Fluxus objects, events, scores and ephemera created in the 1960s and 1970s in Switzerland and internationally, through the lens of conservation, art history, performance studies, and museology. The project seeks new ways to engage with the legacy of Fluxus by examining alternatives to the conventional museum practices of collecting, caring for and preserving. Using examples from collections and individual artworks held in Switzerland and abroad, the project aims to review and systematise current strategies for collecting, exhibiting, conserving and documenting Fluxus. Furthermore, by investigating notions of authenticity, changeability and intentionality and the role they play in perpetuating Fluxus work, the project will examine potential activation strategies, such as reconstruction, adaptation and artistic reinterpretation. The project’s ultimate aim is to forge conservation as an intellectual endeavour, a way of theorizing and bringing objects to conscious attention.

Ecart lends itself to examination within “Activating Fluxus’s” main research questions. Various features place the collective within the broader Fluxus network, including collectiveness, performativity, a critical attitude towards the conventional notion of authorship, a shift away from the finished work and towards the score, an interest in chance and indeterminacy, an understanding of organisational activities such as exhibition-making as art practice, an interest in play, an active relationship with the viewer, and a central role for printed matter and multiples. Like early Fluxus, Ecart chose to locate its operational grounds outside of institutions and the market by applying alternative models of presentation and distribution through the artists’ curatorial and publishing activities and focusing on art practices beyond the production of objects. Still, there is an abundance of material traces of Ecart’s artistic practice, which, significantly, were initially collected not by institutions but preserved by the artists themselves.

What is now known as the Ecart Archives, owned by John M Armleder and currently hosted by MAMCO, has recently been granted a new role and status. During the project “Ecart. Une archive collective, 1969-1982,” it was made accessible to artists, researchers, and students, becoming a rich source for new generations of creators and thinkers. The order (or, some might say, lack of thereof) of the Ecart Archive gives equal treatment to materials that in most institutions would not coexist in a single physical or conceptual space. Documentation of the group’s ephemeral and unfinished projects, artists’ books, bookshop and gallery records, and correspondence with other artists, live alongside more traditional artworks, thus allowing for accidental relationships to unfold. It occupies a dedicated room located in the museum galleries, and has its own exhibition space with regular temporary shows inspired by the archive’s content. This arrangement, endorsed and supported by close collaboration with Armleder, is conceptualised as a living archive that constantly generates new stories and meanings following Ecart’s tradition of collaborative creativity. Although located within a museum environment, the unorthodox organisation of the archive embraces a greater degree of creativity, speculation and freedom of interpretation than a traditional institutional setting that tends to favour fixed narratives. The unique character of this setup, its creative potential, and the openness of its custodians, makes it an ideal test site for examining the ideas behind the Activating Fluxus project.

Is the “living archive” a format that enables Ecart to be activated beyond conventional institutional approaches but still within a museum apparatus? Could it be seen as a potential strategy for securing the continuation of an artistic legacy without putting its integrity at risk? What are the advantages and limitations of the “living archive” as a method for perpetuating the ephemeral, processual, and network-based art practices of the neo-avant-garde from the 1960s and 1970s? These are some of the questions that will guide my research at MAMCO during the following months. My goal is to dive into the collective’s stories, practices and approaches to art-making, and to observe how the close relationship between the artist and the institution affects the way art is collected, disseminated and preserved. Following the path established by “Ecart. Une archive collective, 1969-1982,” I will explore the Ecart archive as a productive space and invitation to creativity, and, applying the principles of the “Activating Fluxus” project, I will examine the outcome of this approach as an act of conservation.

Aga Wielocha is a postdoctoral fellow in the “Activating Fluxus” project and a researcher and collection care professional specializing in contemporary art. Her general research interests lie in mechanisms and processes of institutional collecting and preservation, with a focus on processual, contemporary art formats, such as art projects, participatory art and performance, a topic about which she regularly lectures, presents and writes.

Activating Fluxus, led by Dr Hanna Hölling, is a research project located at the Institute Materiality in Arts and Culture at Bern University of Arts, and funded by the Swiss National Science Foundation.